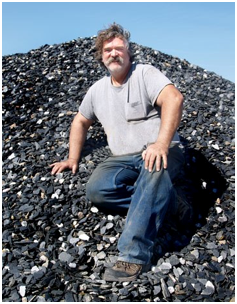 Steve Herr has worked within and with the railroad industry his entire career, starting with a summer job in college as a track laborer with the Illinois Terminal. After completing a BA in Transportation Management from UC San Diego he joined Southern Pacific as a management trainee and went into operations planning. Subsequent to an MS Transportation at Northwestern, he worked briefly in Industrial Engineering at Santa Fe, and then went back to SP in their executive department research group, where he costed out “waaaay too many” unit trains and did situational studies. He also got his first taste of marketing at SP, setting rates on a wide variety of goods – everything from Kris Kringle dolls to space shuttle boosters to heavy machinery – and overhauling SP’s boxcar backhaul program in the West Coast I-5 corridor.

He then went to work for the regional Wisconsin & Calumet as the marketing manager handling all commodities, along with the occasional shortline-usual “We need a brakeman for the Waukesha job today.” Steve was eventually promoted to general manager of the WICT in 1992. When it was sold, he continued with the parent company, Chicago West Pullman, but left in 1994 to start his own business, Glacier State Distribution Services, with the overall goal of solving the problem he had seen many times while marketing – that the farthest distance in most potential new rail movements was from the side of the railcar to the side of the customer’s facility. The business began by bidding on state road salt contracts, bringing the salt in by rail and using portable transloading conveyors. As markets changed, the business evolved and now operates a transload terminal in Kenosha, WI, handling water treatment chemicals, metal products, landscaping stone and road salt.

View All of Our Advisory Board Members

OnTrackNorthAmerica is a 501(c)(3) non-profit action think tank for optimizing our continent’s freight transportation system in service to the economy, environment, and quality of life.