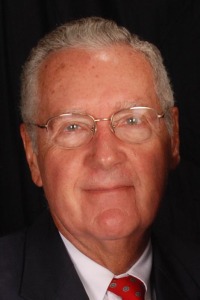 As a part-time faculty member of the University of Illinois, he was responsible for the development of the operating plan and estimating revenues and operating and maintenance costs of proposed HSR operations between Chicago and St. Louis. He also lectured and helped educate graduate students on railroad operational and economic subjects. Earlier, he worked with the Rocky Mountain Rail Authority to review studies of building HSR along the I-26 and I-70 highway corridors

Mr. Leilich has served as a management advisor and consultant to the Board of Directors and senior management of the Alaska Railroad. He also worked with many commuter authorities, State DOT’s, Amtrak, and freight railroads on commuter and passenger rail issues. He helped a number of investors and operators start up 13 successful short line and regional railroads throughout the US. His company’s proprietary modeling software was used to study line capacity problems throughout North America and many other countries around the world.

Mr. Leilich has testified as an expert railroad witness in several federal and district courts, the former Interstate Commerce Commission (now Surface Transportation Board) and state public utility commissions. He has co-authored several books on railroading and was a frequent writer for industry trade magazines on railroad operations, economics, and line capacity management.

His railroad experience includes some engineering development work with the former Southern Railway (now Norfolk Southern) and service as a locomotive fireman and qualified engineer with the former Santa Fe (now BNSF Railroad). After completing college, he spent a number of years in staff and line management positions with the Santa Fe. He earlier served in the Navy as the Chief Engineer aboard a naval destroyer.

Mr. Leilich and his wife of over 50 years now live in The Woodlands, Texas to be close to their son, daughter, and grandchildren.

View all of our Advisory Board Members